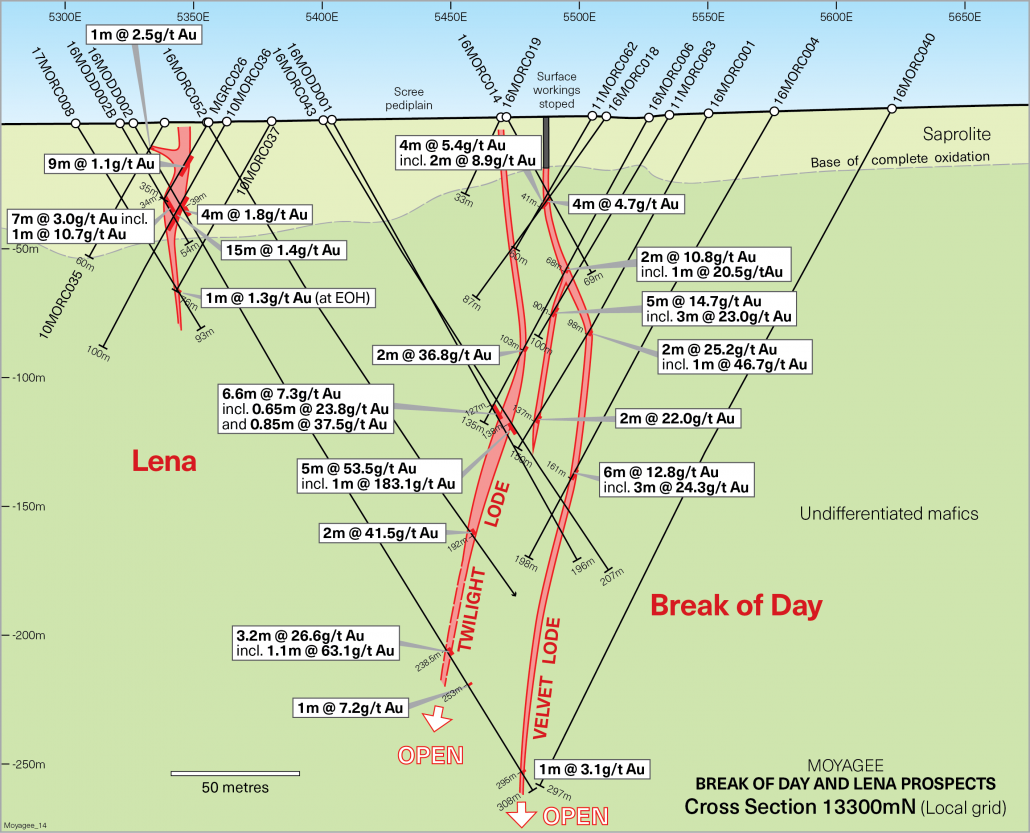 4 km to the south of Break of Day has returned strong high-grade, near-surface gold results, including:

Musgrave Managing Director Rob Waugh said: “This is another excellent set of results from our regional drilling program where we continue to have success with our gold exploration. Further strong, early-stage, near-surface, gold hits were received across a number of targets with Target 5 being the highlight. Target 5 is open along strike, both to the north and south, with significant potential to extend the mineralisation. We are back drilling again at the White Heat Prospect and will have a second drill rig on site in the first week of February.