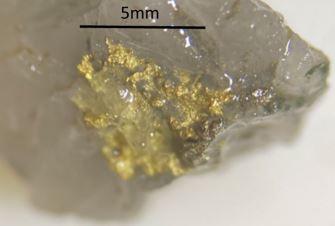 De Grey Mining Limited announced today the following drilling update for the Crow Zone at the Hemi Gold Discovery, located approximately 60km south of Port Hedland in Western Australia
Hemi is surrounded by world-class infrastructure within a Tier 1 mining jurisdiction. The overall scale of Hemi continues to increase with dimensions growing to approximately 2.5km north to south and 2km west to east with three main zones (Aquila, Brolga and Crow) defined within this large gold system. The Crow zone is located immediately adjacent and north of the Aquila zone.
The Company has one aircore rig operating south of Aquila and one operating in the Greater Hemi region looking for mineralised extensions and Hemi look-alikes. Two RC rigs are following up extensions identified in aircore drilling and two diamond rigs are drilling depth extensions. Initial aircore drilling at Crow defined a large system +1km long and +400m wide. A program of RC and diamond drilling has been undertaken to define and extend mineralisation. Results reported in this release provide extensions and infill to the Crow zone and importantly shows an exciting new high-grade gold intercept in HERC238.
Highlights: Thick, high-grade gold intercept with visible gold at Crow:

De Grey Managing Director, Glenn Jardine, commented: “Extensional and definition RC and diamond drilling at Crow on an 80-metre pattern commenced only recently in July. The exceptional result in HERC238 is the best result at the Mallina Project to date and has transformed our perceptions of the large Crow intrusion. It follows recent announcements of the discovery of new sub-vertical lodes in Crow, together with mineralised extensions of Crow to the north-west.
The significance of the new RC results at Crow goes beyond the results in HERC238. They demonstrate the potential for Crow to significantly add to the overall gold endowment at Hemi and to meaningfully contribute to a potential large scale, near-surface open-pit production scenario. The mineralised footprint at Crow is currently approximately 1,000m by 400m and remains open.
The Company’s drilling program is working successfully toward our strategic goal of making Hemi a Tier 1 scale gold deposit and demonstrating the potential for further upside on a tenement wide scale.”