Mount Gibson Iron Limited (Mount Gibson) advised today that it has commenced development of its Iron Hill iron ore mine in Western Australia’s Mid-West region following receipt of final statutory approvals.
Iron Hill is located 3km south of the Company’s recently depleted Extension Hill open pit and this close proximity enables the utilisation of Extension Hill’s substantial existing workshops, processing facilities, camp and transport infrastructure, as well as the Extension Hill workforce comprising approximately 160 employees and contractors.
As a result, negligible capital is required to be spent, and first product sales are targeted to commence in May 2017.
Mount Gibson Chief Executive Officer Jim Beyer said: “We are very pleased to gain the final approvals required for Iron Hill, which are the successful culmination of a huge effort by our permitting team since the initial application was made over two years ago. Obtaining these approvals in a large part reflects our proven record of, and ongoing commitment to, responsible resources development in the state’s Mid-West and Kimberley regions.  We now look forward to rapidly developing this attractive high value, low-capital production opportunity, thereby extending the life of our Mid-West business. It is also very pleasing to be able to deliver additional value for our shareholders while continuing to provide much needed economic activity in the Mid-West region by way of direct employment and the engagement of local business.” 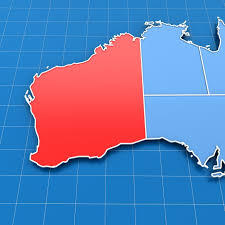 The jobless rate in Western Australia increased from 6.5 per cent to 6.9 per cent last month, which is the highest level since 2002. The state Opposition leader blamed Premier Colin Barnett for the rise.
"6.9 per cent is catastrophic. The Government has its head in the sand," Mr McGowan said.“Mr Barnett thinks everything’s okay. It is clearly not okay. That’s why we need a change, we need a fresh start, we need a plan for jobs. They failed to diversify the economy, they failed to ensure there was significant financial capacity left from the boom times, for the lean times that followed.”
But the Western Australia's Chamber of Commerce and Industry (CCI) used the jobless figures to again call for changes to payroll tax.
“This unemployment rate is unacceptable,” CCI chief executive Deidre Wilmott said.“It’s the highest that it’s been since 2002 and it calls for urgent policy announcements by our political parties going into an election.The CCI wants the current $850,000 payroll tax threshold immediately indexed to the Consumer Price Index , and then increased by $50,000 each year to eventually reach $1.5 million." CCI fundamentally wants to put an end to payroll tax. 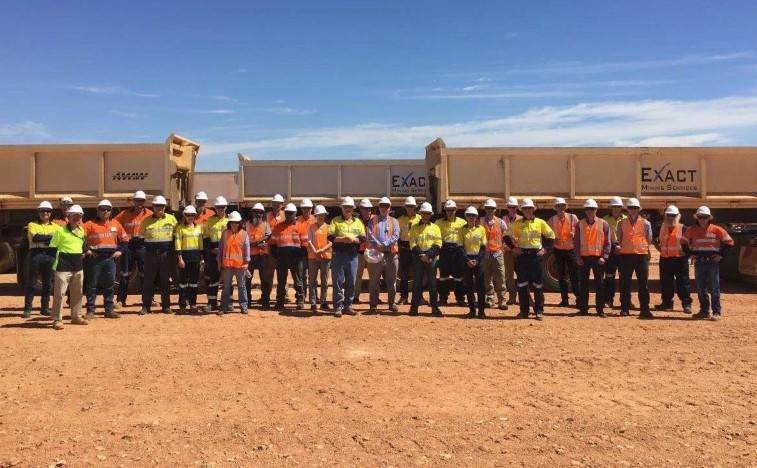 WPG Resources Ltd advised that the Tarcoola gold mine was officially opened yesterday at the South Australian minesite, located approximately 3km from Tarcoola.
On the 11th November WPG announced that a Decision to Mine had been taken and the project’s immediate development was progressed following the approval of the project’s Program for Environment Protection and Rehabilitation. Within 2 weeks of the Decision to Mine, work commenced on developing the Tarcoola pit.
The first ore from Tarcoola is anticipated to arrive at Challenger in the coming weeks.

Independence Group NL advised that the first nickel concentrate has been transported from the Nova Project to BHP Nickel West Pty Ltd in Kambalda. Peter Bradford, Managing Director and CEO of IGO said:
“The first shipment of concentrate is another important milestone for the Nova Project and this took place earlier than contemplated by the Feasibility Study and in line with the guidance we provided to the market in our ASX release of 26 October 2016.”
Two three-year off take agreements are in place for the nickel concentrate from Nova, each for 50% of production; the first with BHP Nickel West for delivery to Kambalda, and the second with Glencore, to be shipped offshore via the port of Esperance. All copper concentrate will be shipped offshore via the port of Esperance under a three-year off take agreement with Trafigura with the first shipments expected in the June 2017 quarter.
The next major milestones for the Nova Project will include; Complete drilling and resource estimation at Conductor Five, expected in the March 2017 quarter; First offshore shipments of nickel and copper concentrates, expected in the June 2017 quarter; and Ramp up to full production rate, expected by mid CY17.

Saracen can still hear the thunder 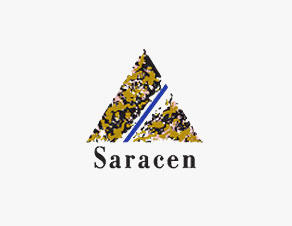 Saracen Managing Director, Raleigh Finlayson today said the A$42m exploration budget had already made substantial inroads towards achieving the goal of growing group production and mine life.
“ We see outstanding potential to grow our gold inventory in the coming quarters, laying the foundations for future production growth above the 300,000oz pa production rate we anticipate by the June quarter,” he said.
Drilling continues at Thunderbox with two surface diamond rigs; the program is progressing well, to-date a total of 11,100m have been drilled with full results for 11 out of 14 completed holes.The results confirm that the Thunderbox mineralisation is consistent and persistent.
Significant results from the drilling include:

The new results are adding to the confidence and scale of the upside opportunity that is present at the Thunderbox operation, which is focused on the thicker, higher grade shoots.
Drilling at King of the Hills has been focused on grade control activities in the active mining areas, and near-mine extensions to the high-grade Lower Kingdom lode. 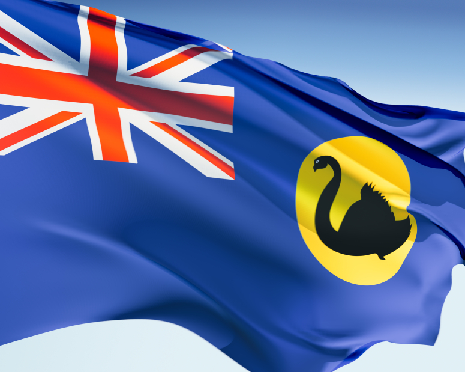 The Liberal National Government announced today the 42 successful projects which will share up to $4.75 million under Round 14 of the Exploration Incentive Scheme’s (EIS) Co-funded Drilling Program.
Mines and Petroleum Minister Sean L’Estrange said the highly competitive drilling program, heading into its ninth year, provided companies with added incentive to drill in underexplored regions.
“Encouraging exploration is the key to the continuity of Western Australia’s vital resources industry, which will underpin the State’s economy for decades to come,” Mr L’Estrange said.
“This very successful program has already resulted in a number of major discoveries. Among the success stories is the Nova discovery east of Northam, supported by EIS geophysics data and co-funding in 2011-12, with production having commenced in November this year.”
Other EIS successful discoveries include the Camelwood nickel deposit 500km north of Kalgoorlie, Yeneena copper deposit in the Paterson Province, Millenium zinc in the East Pilbara, and Dusk Til Dawn gold discoveries north-east of Wiluna, as well as deep gold at Gruyere east of Laverton and the nickel discovery at Emily Ann near Lake Johnson.
The Co-funded Drilling Program refunds up to 50 per cent of direct drilling costs with caps of $150,000 for a multi-hole project, $200,000 for a single deep hole and $30,000 for a prospector’s project.
Refunds are made after completion of drilling and the submission of reports which are released publically on the Department of Mines and Petroleum’s WAMEX and WAPIMS databases, after a six-month confidentiality period.
The Minister said the information submitted added to the geological knowledge of the State, and helped reduce risks for subsequent explorers. An economic impact study released early in 2015 showed that every $1 million spent by the EIS generates $10.3 million of exploration activity and a longer term benefit to the State, in terms of higher Gross State Product, of $23.7 million

Western Areas Ltd announced that it has negotiated and entered into an Offtake Contract with the Tsingshan Group, through its associated entity Golden Harbour International Pte Ltd, to import raw materials for the production of stainless steel. Tsingshan is China’s largest producer of stainless steel, particularly the high nickel content 300 stainless series. Tsingshan has advised that it is the largest consumer of nickel products in China and use approximately 25% of China’s total annual consumption of nickel.
Western Areas Managing Director, Dan Lougher, said the agreement with Tsingshan was many years in the making and followed from the Company’s desire to capture as much value as possible for the nickel in concentrate sold by Western Areas.
“Over three years ago, Western Areas recognised Tsingshan as an innovator in the production of stainless steel and since then we have developed a close working relationship through the sharing of technical knowledge and many site visits,” Mr Lougher said.
“Tsingshan is clearly leading the charge in China to produce a greater proportion of the higher quality 300 series stainless steel product, which contains up to four times the amount of nickel than 200 series stainless. With this in mind, it has been a specific Western Areas strategy to innovatively position itself in the stainless steel supply chain, with the ultimate objective of delivering a stronger bottom line to our shareholders through investigating non-traditional markets and thereby capturing a greater share of the value of the nickel we produce.
“Together with Tsingshan, we are capturing this additional value as Tsingshan intends to utilise a proven and highly integrated process to produce stainless steel, incorporating roasting of the nickel concentrate, which has significant productivity benefits over the conventional smelting and refining processes.
“As Tsingshan is China’s largest consumer of nickel and producer of ferro-nickel, it makes clear strategic sense to take the advantage of linking our company directly with the end user,” Mr Lougher said 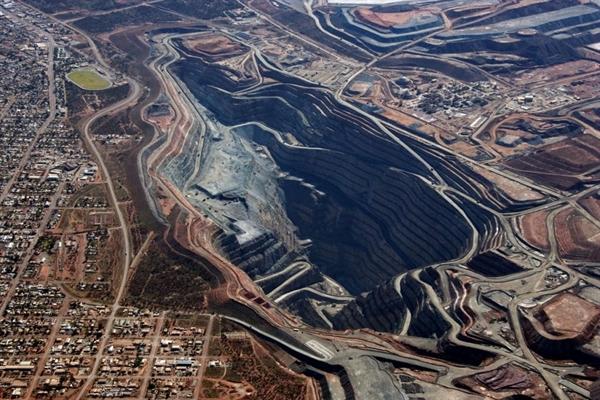 Barrick Gold is reviewing the financial backing behind an approximately $US1.3 billion ($1.8 billion) bid for its stake in the Kalgoorlie mine by Minjar Gold, a unit of Shanghai-listed Shandong Tyan Home, two sources have told Reuters.
According to these sources, little-known Minjar has trumped offers by Australian, Chinese and Canadian companies for the asset and Toronto-based Barrick, the world's largest gold producer, is studying the offer for the 50-per cent stake to ensure Minjar has adequate resources and support to complete the transaction.
The sources declined to be identified as the matter is private. 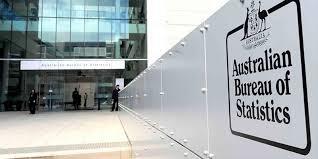 Gold producers give thumbs up to Trump 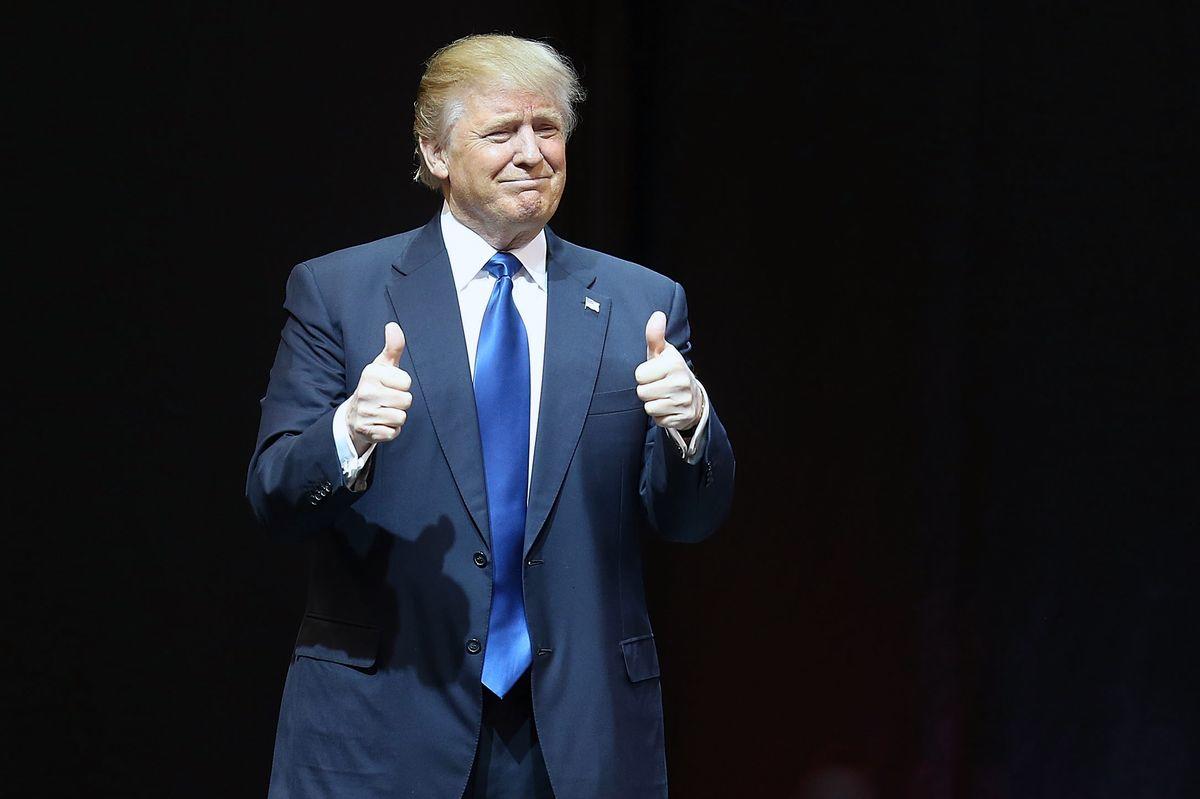 Australian gold producers gave a big thumbs-up with key gold miners on the ASX finishing up over 10% for the day. Gold took off as Trumps shock likely win sent markets into turmoil around the world. Gold traded close to $US1340 as the market went into defence mode. It marked gold's biggest single-day gain since June 24 when it rose as much as 8 percent when Britain decided to leave the European Union. The economic uncertainly this brings has seen a flight to safe haven assets. Gold miners SARACEN MINERAL were up over 15% for the day to 1.40 and NORTHERN STAR closed up 10.5% to 4.64 for the day.