Millennium Minerals advise today that it is well on track to reach production guidance and generated $7.1 million in free cash flow (before financing activities) in the March quarter.
Millennium Chief Executive Glenn Dovaston said the results showed the Company had sustained its operational turnaround of last year. “These results highlight the strength of the position Millennium now enjoys,” Mr Dovaston said. “They also demonstrate the cash reserves we stand to accumulate on the back of this strong production and the fact that we no longer have to make debt repayments." “At the same time, we are recording outstanding results with our exploration program, leaving us increasingly confident that we will achieve our objective of growing the Mineral Resource inventory and mine life at the Project”.
Shares were trading at $0.155 up 14.8% today. 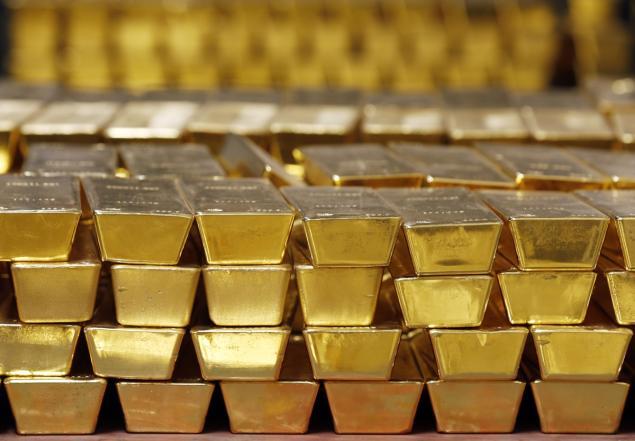 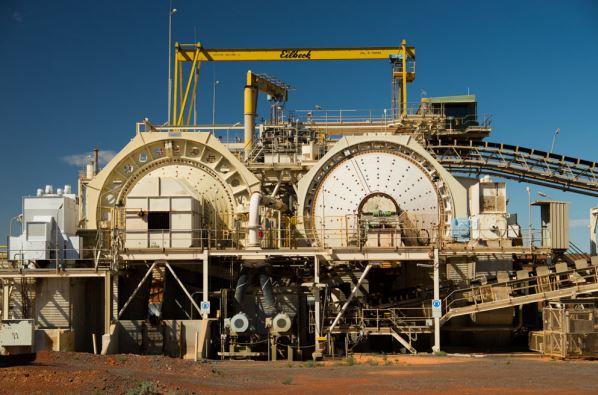 ASX listed Saracen gives the Thunderbox Goldmine in Western Australia an A$65 million thumbs up for development.

The good news comes after the completion of a feasibility study, which will now make Thunderbox the first major gold project to reopen in WA this year and a mid-tier gold producer that will see production double to around 300,000 ounces per annum by 2017.
Managing Director, Raleigh Finlayson said, “The development approval for the Thunderbox Operations is a significant milestone for the Company that will see Saracen produce gold from multiple operations for the first time in our history.”
The Thunderbox feasibility study began back in January 2014 after Saracen announced the acquisition of the Thunderbox Operations. Pre strip mining at the site is set to commence in August 2015 with processing at an expected average production rate of 124,000 ounces per annum over the initial 4 year stage 1.
“Thunderbox Stage 1 is forecast to deliver A$195 million of free cash-flow over an initial 4.5 year mine life that endorses the company’s acquisition of the Thunderbox operations in January 2014 for a total cash consideration of A$23 million and royalty payments of 1.5% capped at A$17 million.” Mr Finlayson said.
Mr Finlayson went on to say, “We have put the old team back together again to develop Thunderbox with Lee Stephens, Wayne Heedes and George Viska all heavily involved in the refurbishment and the resumption of mining at Carosue Dam in 2009 and now again at Thunderbox in 2015.”
With the development and delivery of stage 1 expected to see around 550,000 ounces over its for-and-a-half year mine life, stages 2 and 3 could extend the mine life to 8 years and in excess of one million ounces at an average of 126,000 ounces per annum.
The Saracen Board noted it was the perfect time for the Thunderbox gold project, citing a falling Australian dollar, lower diesel prices, high open pit mining equipment availability, and a tightening in the labour and contracting markets all helping to create an ideal development environment.
It was also noted that the timing of the development fitted in perfectly with the completion of the open pit mining at Whirling Dervish, which would allow a smooth transition for the open pit mining workforce to Thunderbox.

The Board also pledged ongoing assessment of gold spot prices up to August 2015 prior to the beginning of the strip-mining phase and before any major expenditure was incurred. This was considered consistent with the risk adverse approach undertaken in the past.

Getting Sirius on Australia Day

Sirius Resources steams ahead on Australia’s big day, to schedule and with $30 million in capital savings. With no compromise on quality or contract specification, this clearly signals the company is serious in undertaking high quality mining projects in the current economic climate.
It was a great Australia Day for Sirius Recourses after its Nova nickel project near Balladonia WA got the nod to commence operations. Exactly two-and-a-half years after announcing its discovery, and receiving final statutory approval, initial mining and construction got underway on Australia’s big day on time and well within budget.
With $30 million in capital savings on original definitive feasibility studies and a considerable reduction in start-up costs, down to $443 million from $473 Million, there was a lot for Managing Director Mark Bennett to be happy about.
“It is very satisfying to have started mining of Nova exactly two and a half years since the announcement of its discovery and even more fitting that such a significant milestone should fall on Australia Day for this world-class project,” he said.
With initial mining of the boxcut expected to take around three months to complete, contractor Barminco, will then commence work on the underground decline with a tree-year agreement valued at $129 million.
Mining Infrastructure is also in full swing with a 200 person capacity expansion and conversion of the exploration camp. This will be a temporary base for the workforce whilst the main accommodation in being built and is due to be finished in March 2015. The permanent accommodation is set to be completed by August 2015 at a cost of $23 million.
Construction equipment for the aerodrome and access roads is currently being mobilised to site and work is already underway. Engineering, procurement and construction (EPC) tenders for the processing plant have now closed and the preferred tenderer will be announced in March 2015.
Clearly pleased with the outcome, Mr Bennett went on to say, “It is also pleasing to continue involving local stakeholders such as the traditional owners and local pastoralists in the venture. Our project management team has done a great job getting Sirius to this point so smoothly, so quickly and with the benefit of significant savings.”

After a less than glowing 2014, gold prices are on the move in 2015, up to$A1556.2 from a low of around $A1320 in October of last year. With some good production and exploration success it looks like 2015 should be a bright new year for Australian gold miners.
Northern Star, a Shining Example
Emerging West Australian gold producer and exploration company, Northern Star Resources Ltd has announced they expect their Paulsens Gold Mine in the Ashburton/Pilbara Region, is set to enjoy significant increases in resources and mine-life due to a number of high-grade drilling results.
Latest drilling results at Paulsens have extended the known length of its Voyager 2 lode by 300m, signalling a shift there, from the Voyager 1 lode, will allow Northern Star to benefit from the low costs and high-grades associated with the rich lode.
Managing Director of Northern Star, Bill Beament  said the results at Voyager 2 were the most significant achieved at Paulsens since drilling revealed the magnitude of Voyager 1, five years ago.
“It is becoming clear that the Voyager 2 lode emulates Voyager 1 in respect to its grade, the continuity of the mineralisation and the production rates it can sustain,” Mr Beamant said.
He also said “These results are absolutely crucial because they underwrite the future of Paulsens as a high-grade, low-cost gold mine.”

Ramelius’ Blackmans Project a Gold Magnet
Gold producer, Ramelius Resources Limited has announced significant high-grade gold had been intersected at their Blackmans gold project, 30km north of Mt Magnet WA.
Securing the remaining 25% of the Blackmans mining lease, giving them a100% equity, meant they could embark on a new drilling program in December 2014. This resulted in Blackmans being able to extend over at least a 350m strike.
“Following improved performance at the Mt Magnet gold operation in recent quarters, the potential of a new high grade open pit operation is significant for future processing at Mt Magnet.  Being located only 30 kilometres north of Mt Magnet means that any future mining operation at Blackmans can simply be run out of Mt Magnet and the gold ore processed at the existing Checkers processing facility,” Ramelius Chief Executive, Mark Zeptner said.

IGO’s Tropicana Figures Cruise Ahead of Guidance
Independence Group’s West Australian gold operation, Tropicana Joint Venture (TJV) has announced production is up on guidance for the second quarter financial year 2015,
With production at 137,544 ounces of gold (100% basis), IGO’s 30% share in the TJV haul is 41,263 ounces (preliminary figures), bringing it to 77,263 ounces (preliminary figures), year to date for the 2015 financial year; clearly above the guidance range of 70,500 to 73,500 ounces (preliminary figures).
IGO’s Managing Director, Peter Bradford said that Tropicana along with its other 2 projects in Western Australia were “… maintaining good and steady production.”
He also went on to say, “We are especially pleased that all the operations are ahead of guidance for the half year on a pro-rata basis, which has resulted in our cash at bank increasing to (around) $93 million at the end of the quarter.” 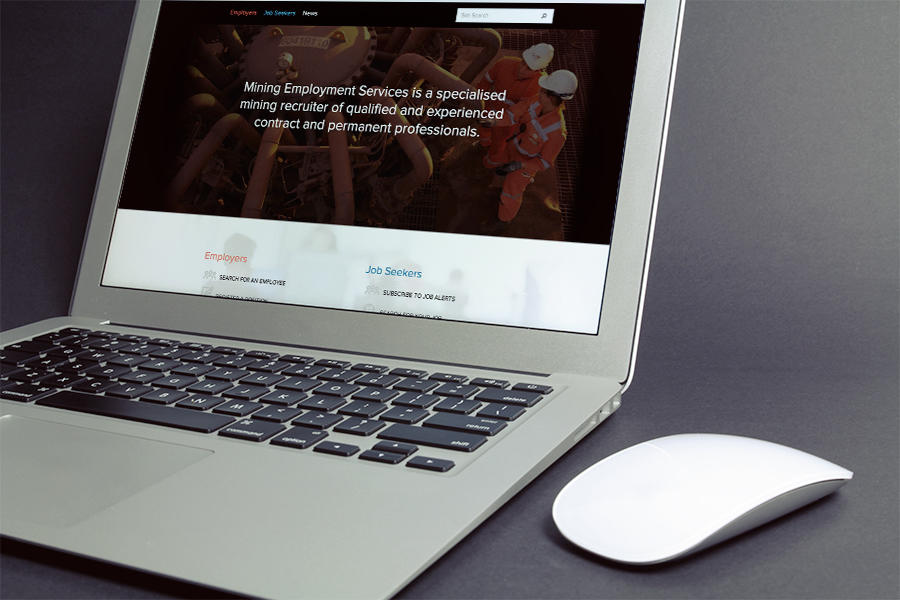 After months of design and development we are excited to finally bring you the brand new MES website. Our new new platform has been developed to ensure your online experience with us is much richer and user friendly. Have a browse of our site and new features.
MES Team 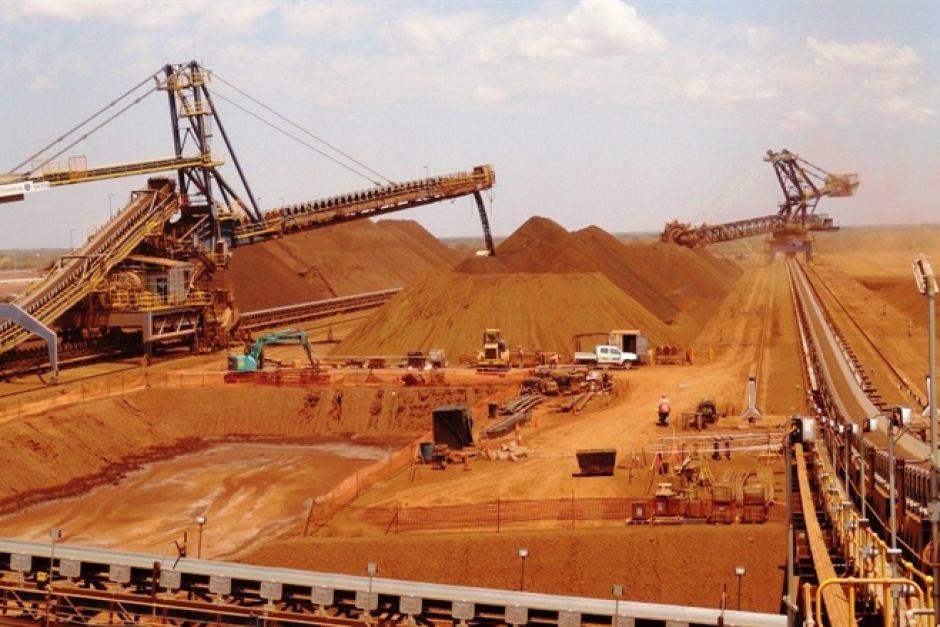 CANADA-based TransAlta has agreed to build a $A570 million gas-fired power plant to supply Pilbara iron ore miner Fortescue Metals Group and Western Australian utility Horizon Power. TransAlta will build the 150 megawatt power station on Horizon's existing site at the Boodarie industrial estate in South Hedland, Pilbara WA. TransAlta said the 150 megawatt combined cycle gas power plant would be built on Horizon’s existing site at the Boodarie industrial estate in South Hedland and would be one of the most efficient power stations in the region.
The WA government named TransAlta as its preferred bidder for the project in April and recently approved the commercial agreements between TransAlta and Horizon to sanction development. WA Premier Colin Barnett thanked FMG for its commitment to the project and said TransAlta’s presence would introduce much-needed competition into the market. “This state-of-the-art energy infrastructure will be built using private rather than state funds, demonstrating there are still innovative ways to deliver important infrastructure in times of financial constraint,” Barnett said. WA Energy Minister Mike Nahan said the agreement negotiated by Horizon was just the beginning of improved coordination and integration of energy infrastructure in the state’s northwest.
“Horizon Power should be proud of this outcome of several years of work, which is part of a bigger vision to have a fully integrated and coordinated electricity network in the Pilbara,” he said. “This will ensure precious resources are not wasted and that customers are buying power from the most cost-effective system possible.” Construction of the power station will create an estimated 250 jobs and start in early 2015, with first electricity due in 2016 and full commissioning expected in 2017. TransAlta said the development was fully contracted under 25-year power purchase agreements with Horizon and FMG and might “be expanded to accommodate additional customers at later dates”. “We are very pleased to have Horizon Power and Fortescue Metals Group as anchor customers,” TransAlta president and CEO Dawn Farrell said. FMG previously flagged that its plans to switch from diesel-fired power to gas-fired power across its Pilbara operations could save an estimated $20 million a year. The company sold its Solomon power plant in the Pilbara to TransAlta in 2012.